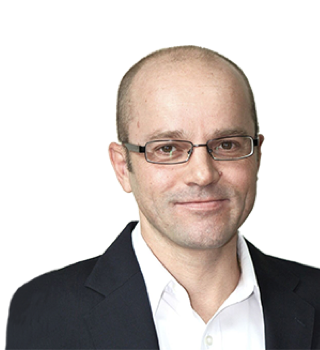 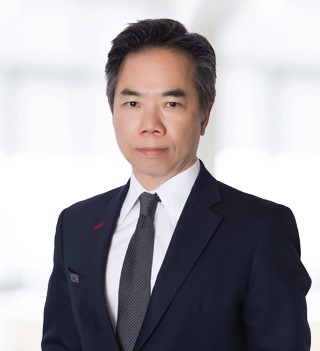 Dominic Scriven is British, was educated at Winchester, and graduated from Exeter University in Law and Sociology. His 30 years of investing have ranged from London to Hong Kong, but have been concentrated in Vietnam. He studied at Hanoi General University for two years before founding Dragon Capital (DC) in 1994. Dragon Capital is active in investment management, capital markets, and microfinance, and runs capital in the region of USD 1.5bn. A Vietnamese speaker, he is an active advocate of financial market development and governance, and is a director of various Vietnamese public companies. He was appointed OBE by the British Queen in 2006, and awarded the Labour Medal by the Vietnamese President in 2014. His external interests range from Vietnamese art, propaganda, and philately, to biodiversity and reduction of the illegal wildlife trade..

Mr. Tan graduated with a Master of Management from Université Libre de Bruxelles (ULB, Belgium). He has nearly 20 years of experience in investment analysis, equitization consulting, capital market development and has made a significant contribution to the construction and development of Vietnam’s stock market. Mr. Tan started his career path at Peregrine Capital Vietnam in the 1990s, researching investment projects in capital markets and building model for Vietnam stock market. After that, he co-founded Dragon Capital in 1994 and held the position of Director of investment and capital markets until 2003. During that time, he was involved in consulting equitization procedure for more than 20 companies, including large companies listed in the early days of the stock market establishment. He is now the Vice Chairman DCVFM.

Minh, a Fulbright Scholar, graduated from Vietnam’s Banking University in 1991. He then joined Peregrine, where he completed Vietnam’s first M&A deal with the take-over of Dai Nam Bank. He helped restructure the bank and ran its business development and credit activities. In 1996-98, Minh attended Wharton Business School, earning an MBA and then returning to Vietnam as Coca-Cola’s regional Financial Services Manager. Minh joined Dragon in 2002 and served as CFO until 2015, when he became CEO. He stepped back from this position in Dec 2017 to pursue a doctoral degree in business. Minh sits on the Board of Ho Chi Minh Securities.

Member of BOD & CEO of DCVFM

Beat received a Master’s Degree in Economics from the University of St. Gallen, Switzerland, in 1992, and he has been in Southeast Asia ever since. He worked with Swiss manufacturing and trading firms throughout the region for 10 years. He moved from marketing and project responsibilities to management assignments and operated in fields as diverse as energy, health care, chemicals, consumer products, and machine components. In 2002, Beat moved to Thailand as head of the business consulting division of Synovate. In 2006, he was hired by Indochina Capital Group in Vietnam as CFO, and was later promoted to be CEO of the firm’s Equity Division. In 2010 he moved to Dragon Capital as COO and was appointed CEO in Dec 2017.

Mr. Johan Nyvene has been a BOD member of Ho Chi Minh City Securities Corporation (HSC) since 2007. He was being HSC’s Chief Executive Officer from 2007 to 2019. Under Johan’s leadership over twelve years, HSC emerged from the ranks of mid-end securities companies and rose to prominence, achieving the number one spot in early 2012 with the largest market share among 100 plus securities firms in Vietnam.